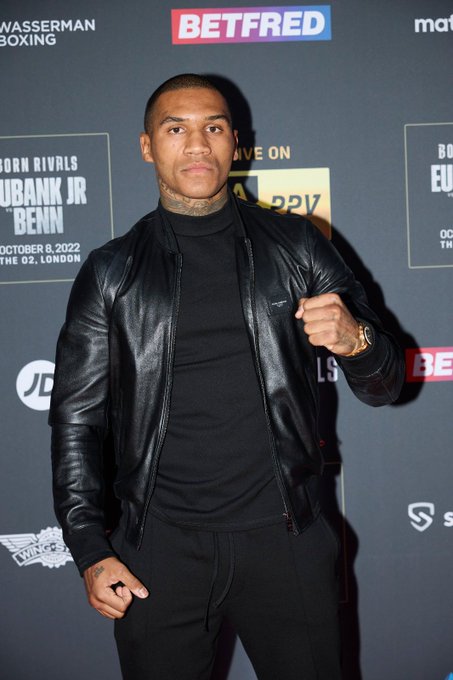 The Voluntary Anti Doping Association, otherwise known as VADA, has found traces of the banned substance clomifene in Conor Benn’s system. According to the Daily Mail (which reportedly broke the story) clomifene “is typically used to treat infertility in women but can increase testosterone in men.” Suffice to say the British Boxing Board of Control have subsequently declared Saturday’s London based fight between Benn and Chris Eubank Jr a no-go. In a statement, the Board stated it has “resolved that the contest between Chris Eubank Jr and Conor Benn scheduled to take place on 8 October 2022 is prohibited as it is not in the best interest of Boxing.”

Yet promoter Eddie Hearn has stated the Board doesn’t take VADA tests into consideration when deciding whether a fight should go down on British soil. “The UKAD testing, which is obviously the testing agency that the British Board of Boxing control use and are governed by, have all been cleared and negative,” Hearn said in an interview with Matchroom, the promotional outlet he’s the head of. “Conor Benn, he’s not suspended by the British Boxing Board of Control. Ultimately he can’t be because he’s passed all the tests from UKAD, but clearly the British Boxing Board of Control will take a position on it.”

Hearn’s approach to this development, however appears to be in contradiction to a statement he once made on camera, a statement which is now making the rounds on Twitter. “What is the point in signing up for drug testing if when you fail everyone just goes oh don’t worry about it?” Hearn says in the clip. “The argument whether it’s all right with UKAD is totally irrelevant. You’ve signed drug testing with VADA, the best testing agency in my opinion in the sport.” With that being said, VADA employs A tests and B tests for those who partake in its process. Although the A test for Benn indicated a banned substance was in his system, a B test might theoretically clear the man both literally and figuratively.

Still, some of the bigger names in and around the sport have been quick to point out that B tests rarely come out differently than A tests, if at all. Plus, there’s the question of timing: Would a B test actually be available before the fight was scheduled to go down this weekend at London’s O2 Arena? As things stand, both fighters are hopeful their scheduled match will still go down on Saturday as has been planned. Others, however, are staunchly in agreement with the Board’s ruling.