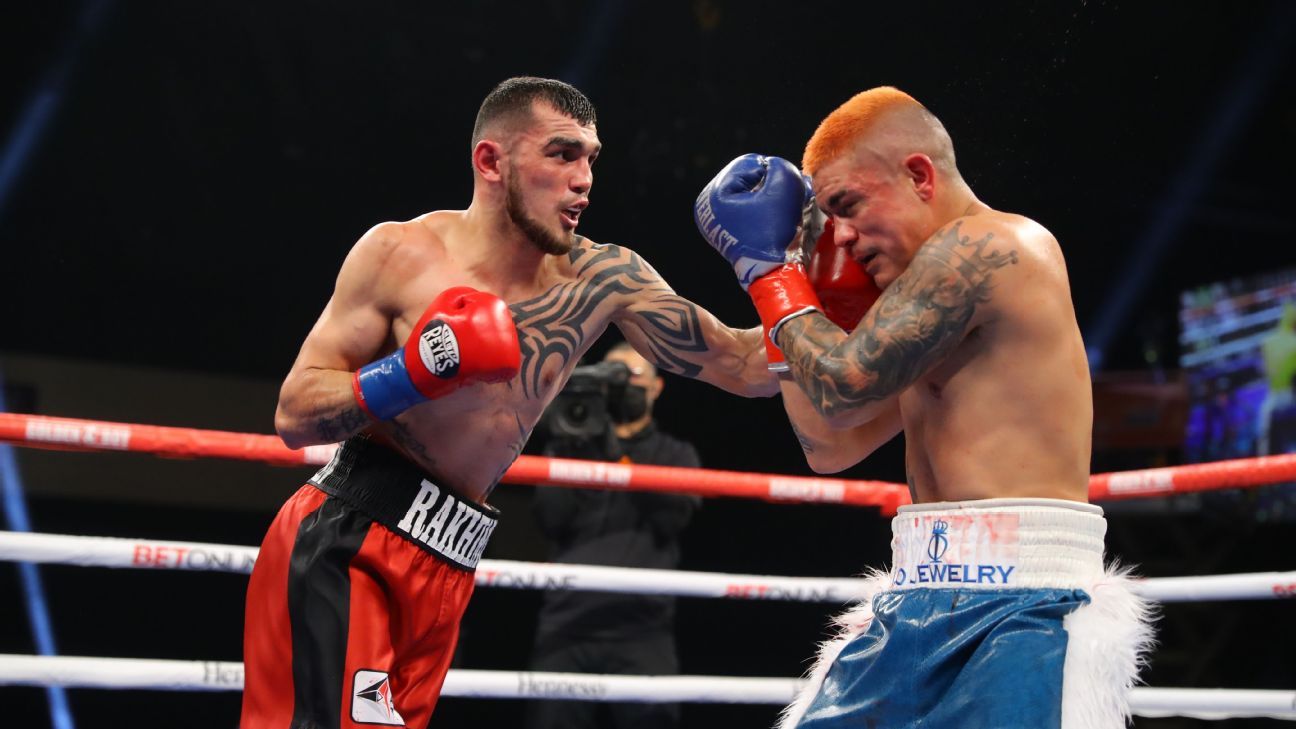 Shavkat Rakhimov and Zelfa Barrett are in the process of finalizing a deal to fight for the IBF’s vacant junior lightweight title on Nov. 5 in Abu Dhabi, United Arab Emirates, a source told ESPN.

Rakhimov (16-0-1, 13 KOs) was slated to fight Joe Cordina for the title on that date before the champion withdrew from the bout with a hand injury that required surgery. The IBF informed Cordina (15-0, 9 KOs) on Monday that he was being stripped of the title.

“Absolutely gutted,” Cordina, ESPN’s No. 7 130-pounder, tweeted Tuesday. “Worked my whole life to become a world champion and I haven’t even had the chance to defend the title. Feel like I’ve been robbed!”

The 30-year-old Welshman will be the mandatory challenger for the winner of the Rakhimov-Barrett fight. He’s expected to be sidelined until March.

When the IBF sanctioned a fight between its then-champion Kenichi Ogawa and Cordina, it did so under the provision that the winner fight Rakhimov by Sept. 2. Cordina, an Olympian, won the title in June with a highlight-reel KO in the second round.

Rakhimov, ESPN’s No. 2 junior lightweight, was slated to fight Ogawa last year but withdrew because of injury. In his lone title challenge, the Tajikistan-born fighter was held to a draw against Joseph Diaz Jr. in February 2021. Diaz failed to make weight ahead of the fight, so the belt became vacant, setting up Rakhimov, 28, for a mandatory shot.

Barrett (28-1, 16 KOs) isn’t rated by ESPN, but the 29-year-old from Manchester has impressed in a recent string of fights against European-level opposition.

Boxing legend Canelo Alvarez aims dig at Messi
WBC Clears Way For Fury To Fight Usyk…With Wilder Or Ruiz Jr Facing Winner
Chill Factor: Regis Prograis Plays It Cool On Eve Of Jose Zepeda Fight
Chisora won’t show everyone his penis on OnlyFans, but does have OnlyFans
4,000 punches and counting: How we got to Chocolatito-Estrada 3