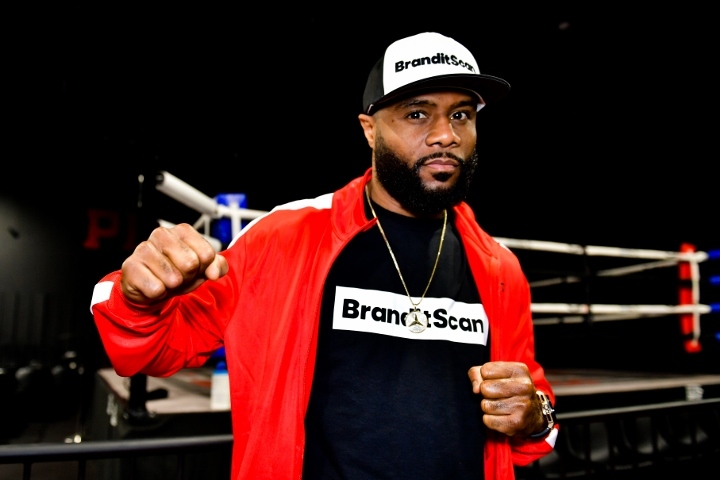 BoxingScene.com has confirmed that the IBF has called for a purse bid hearing to determine promotional rights for a light heavyweight final title eliminator between Quebec’s Jean Pascal and Germany’s Michael Eifert. The 30-day negotiation period failed to produce a deal between the ranked contenders, leading to a purse bid now scheduled for November 1 from IBF headquarters in Springfield, New Jersey.

Pascal will be entitled to the favorable end of a 60/40 split as the higher ranked contender, per IBF purse bid rules. Pascal is currently ranked number four, while Eifert (11-1, 4KOs) is ranked number six. The winner will become the mandatory challenger for the IBF light heavyweight title held by Artur Beterbiev (18-0. 18KOs), who also holds the lineal/WBC/WBO championship.

The development comes one month after Pascal saw a desirable showdown with England’s Joshua Buatsi (16-0, 13KOs). Their final eliminator was ordered on July 22, with talks not going anywhere and ultimately leading to an August 30 purse bid hearing. Matchroom Boxing, Buatsi’s promoter, planned on securing the rights to the fight and bringing it to Dubai, only to get outbid by DiBella Entertainment who posted a $975,000 bid.

The fight was targeted to take place this November in London, only for the IBF to declare Buatsi’s side in default for failure to return the signed contract by the prescribed deadline. The development led to the IBF calling for Pascal—who is managed by Greg Leon—to enter talks with the next highest ranked available contender, which led to Eifert.

Pascal’s reign ended in a points loss to Hall of Fame two-division champion Bernard Hopkins in their May 2011 rematch in Montreal, five months after fighting to a draw in Quebec City. He returned to the title stage following a technical decision win over then-unbeaten Marcus Browne in August 2019 on the road In Brooklyn, winning a secondary version of the WBA light heavyweight title after three prior failed bids at the full title held by Sergey Kovalev (twice) and Dmitry Bivol.

The win over Browne was followed up by a thrilling split decision win over Jack in their December 2019 clash in Atlanta that saw both fighters hit the canvas. The two were due to meet again last June 6 in Miami Gardens, Florida, only for Pascal to test positive for multiple banned substances through testing contracted by VADA.

Pascal has since proven to be a clean fighter and still a top player at light heavyweight following a twelve-round, unanimous decision win over previously unbeaten Meng Fanlong on May 20 in Plant City, Florida.

Fanlong entered the fight as the number-one contender and with hopes of challenging Beterbiev. Pascal ruined those plans, dropping Fanlong in the ninth-round of their ProBox TV main event en route to a unanimous decision in his first fight following a 28-month layoff.

Eifert takes a massive leap in competition as he moves within one win of challenging for his first major title. The 24-year-old from Magdeburg, Germany has fought exclusively in Germany and against domestic-level opposition. He has won five straight following his lone defeat, an eight-round majority decision to unbeaten countryman Tom Dzemski in August 2020.

The loss was avenged, as Eifert outpointed Dzemski over ten rounds last July in Magdeburg. Two more wins have followed, including a ten-round decision over Adriana Sperandino on a July 16 show in Magdeburg that was carried live on ESPN+ in the U.S.

The Pascal-Eifert winner will have to wait out at least one more mandatory title defense before getting to the division’s top prize. Beterbiev is due to defend against England’s Anthony Yarde (22-2, 21KOs), who is the WBO number-one contender. Their fight was due to take place on October 29, only for Beterbiev to never fully recover from knee surgery in having to postpone the fight. The two will likely meet in late January or early February 2023.

There will also be demand for an undisputed championship clash to trump any other fight in the division. WBA light heavyweight titlist Dmitry Bivol (20-0, 11KOs) defends against mandatory challenger Gilberto ‘Zurdo’ Ramirez (44-0, 30KOs) on November 5 in Abu Dhabi. Both fighters have already expressed an interest in next facing Beterbiev.

Also waiting in the wings is Liverpool’s Callum Smith (29-1, 21KOs), the former WBA super middleweight titlist who is currently the WBC mandatory challenger at light heavyweight.

Astrolabio Eager For Statement Win Against Potapov in IBF Eliminator
Bill Haney calls Teofimo Lopez Sr, says their sons can fight next
The BN Preview: Tom Farrell aims to provide Harlem Eubank with the first test of his pro career
Fury: If Usyk not ready to go in Feb., bring on Joyce at Wembley
”The sky is the limit… I want to touch the stars” Liam Davies on emphatic Baluta win 🏆 |