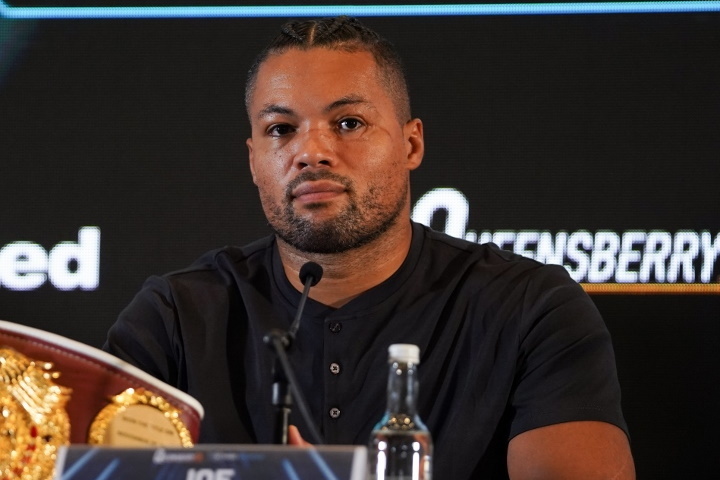 Wilder was in action last Saturday night at the Barclays Center in Brooklyn, where he wiped out Robert Helenius in a single round with a big right hand.

The fight was a WBC semi-eliminator, with Wilder in line to face former unified champion Andy Ruiz in a final WBC eliminator. Ruiz secured his slot last month, when he defeated Luis Ortiz over twelve rounds. The winner of Wilder vs. Ruiz would get a mandatory crack at the WBC title.

In a recent interview, Joyce expressed his interest in fighting Wilder – and also said he was willing to travel to Las Vegas to take the fight.

Last month, Joyce picked up the biggest win of his career when he knocked out former WBO heavyweight champion Joseph Parker.

When sizing up the option of facing Joyce, Scott views him as a more dangerous opponent than Ruiz.

“At the top level of the division there are not many fighters I’m interested in fighting. Joe Joyce is a much better fighter for us concerning entertaining fights than Andy Ruiz. Ruiz would be more marketable because he’s a former heavyweight champion but Joyce is a much tougher opponent than Andy Ruiz is. Joyce would beat Ruiz easily,” Scott told Vegas Insider.

“When I think of Joe Joyce I think – how many could he take? And if he can take the hardest puncher in the history of this sport over and over again and not be dazed, which is almost humanly impossible – then obviously he’d be the toughest one.”

Results: Ryder wins interim WBO title and potential Canelo shot, Parker stopped on broken hand
Whyte vs Franklin: Live updates and results NOW!
Weekend takeaways: Prograis is back, Whyte, more
Ryan Garcia on Tank: Once He Gets Hit, Let’s See How He Reacts!
Garcia: I had to chase Tank down but finally got the fight, time to prove I’m the best