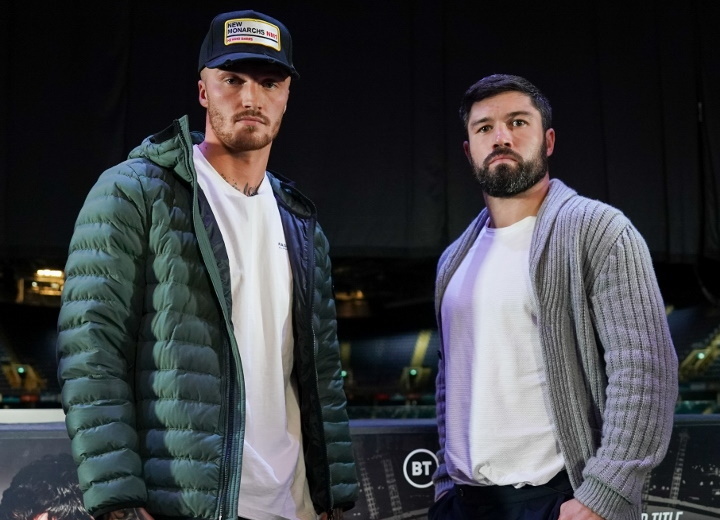 Zach Parker never viewed a fight with John Ryder as a priority until it became a means to an end.

“I’ve wanted to fight him but in the same sense that I want to fight all the top super middleweights,” Parker told BoxingScene.com. “I was never specifically targeting John Ryder but, sure, it’s been a fight I’ve fancied for a couple of years.”

It’s a fight that now stands directly in the path of the 28-year-old Parker (22-0, 16KOs) challenging for his first major title.

The pair of UK-based contenders happen to need each other at this point, as they stand in the way of the other in pursuit of a crack at undisputed super middleweight champion Saul ‘Canelo’ Alvarez (58-2-2, 39KOs). The two collide for the vacant interim WBO title at The O2 in London (Saturday, BT Sport/ESPN+, 2:00 p.m. ET), with the winner to become mandatory challenger for the full belt held by the Mexican superstar.

Derbyshire’s Parker has been the WBO number-one contender at super middleweight since a March 2020 eleventh-round knockout of Rohan Murdock. The win came less than four months after Ryder’s November 2019 heartbreaking twelve-round points loss to then-unbeaten WBA super middleweight titlist Callum Smith on the road in Liverpool. The 34-year-old southpaw from Islington, London has since won his last three starts in remaining a relevant contender.

Meanwhile, Parker has waited out his turn at the WBO super middleweight title.

The belt was held at one point by countryman Billy Joe Saunders, who wound up losing to Alvarez via stoppage after eight rounds in their May 2021 WBA/WBC/WBO unification bout. Parker did his best to keep the line moving, winning a pair of stay-busy fights taking two separate runs at unbeaten—and now former—two-division titlist Demetrius Andrade (31-0, 19KOs), without a fight to show for his effort.

Parker and Andrade were due to meet on May 21st in Parker’s Derby hometown, only for Andrade to suffer a shoulder injury requiring surgery. The fight made its way back to a purse bid hearing earlier this fall, this time with Andrade declining the opportunity which led to the unbeaten Parker setting his sights on Ryder, who happened to be the next highest ranked contender.

Ryder was coming off a twelve-round win over former IBF middleweight titlist Daniel Jacobs in February and was willing to next face Parker for a chance to land his second career title fight. It didn’t take long for the two British contenders to agree to terms, ironically for a domestic fight that was out of sight and out of mind until it became necessary for both to look in the direction of each other.