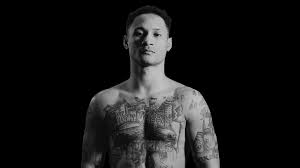 The vacant WBC junior welterweight belt was on the line Saturday in Carson, California as former world titlist Regis Prograis took on Jose Zepeda in a scheduled 12 rounder. The main event of a pay per view Fite card, Prograis-Zepeda had been widely viewed beforehand as a pairing of two extremely talented and hungry fighters, one which was very likely to produce fireworks.

The first two rounds were close. In fact, they appeared to be more of a chess match than the expected contest between two men who could turn out the lights. Zepeda landed hard in the first. Prograis landed hard in the second. By the third round, however, Prograis started to land, and land well on his man. What’s more, Prograis’ awkward, aggressive style appeared to be starting to pay off for the Houston based fighter.

The fourth through the sixth rounds were pretty much a Prograis showcase. Not only did he land, he landed hard. He cut Zepeda. He snapped Zepeda’s head back when he landed. He didn’t even seem to mind when Zepeda’s jabs landed clean. As the bout reached its midpoint, Zepeda looked as if he may have just been trying to survive.

As the fight made its way towards the later rounds it became the anatomy of a beatdown. Zepeda appeared to be hypnotized Prograis’ odd, crablike style. The man simply couldn’t make anything happen outside of landing with his jab. And Prograis didn’t mind getting hit with the jab. When he landed on Zepeda, Zepeda’s head jerked back. He was, simply put, outclassing his man.

In the tenth round, however, Zepeda truly came alive. He rocked Prograis with a left. He wasn’t able to capitalize on his moment too much, but Zepeda continued to fight gamely and well throughout the round. Indeed, he may have won that chapter. Perhaps Prograis realized this, for in the tenth he rocked Zepeda hard. He then went in for the kill. Sending Zepeda to the ropes, Progrias proceeded to beat his opponent nearly senseless until the referee stopped the fight and Zepeda crumbled onto the mat.

“I want to congratulate Jose Zepeda,” Prograis said after the bout. “This dude is tough, tough, tough.” Prograis then added that it had been one of the toughest fights he had ever engaged in. “I felt like, just take him to the deep waters and drown him,” said Prograis.