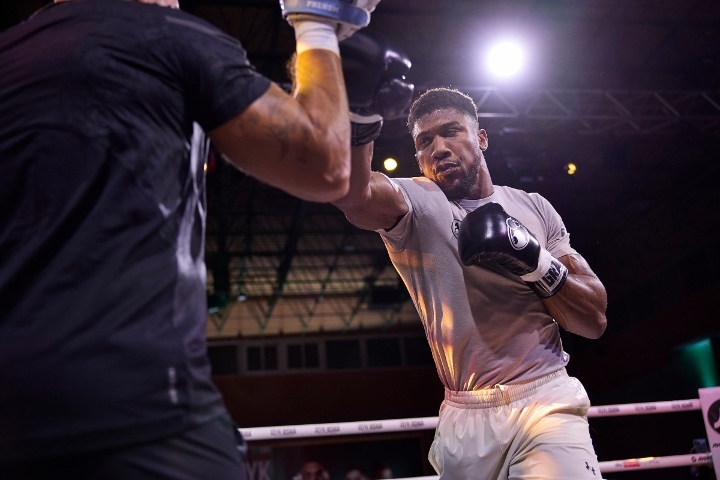 The two sides were in talks, more than once, for a big money showdown. For one reason or another, their discussions fell apart.

Fury returns this Saturday night at Tottenham Hotspur Stadium, when he defends his WBC heavyweight title against Derek Chisora in a trilogy fight.

Joshua is likely returning in the early months of 2023, but it’s unclear who his opponent will be.

Initially, it was almost a sure thing that Joshua would collide with Dillian Whyte in a rematch.

According to Eddie Hearn, who promotes Joshua, he may face another opponent in the early part of the year and then collide with Whyte in the summer.

Fury, should he beat Chisora, is going to then target WBO, IBF, WBA, IBO champion Oleksandr Usyk for an undisputed showdown.

“Then I think he’s going to go onto undisputed, and then I’ll be fighting somebody else. Then hopefully, we both come victorious, and then we look to fight each other.”

Fury is a tremendous favorite to beat Chisora. He secured a dominant decision over Chisora in 2011 and then stopped him in a one-sided rematch in 2014.

Joshua cautions that Fury should not overlook his upcoming foe, because anything can happen in the heavyweight division.

“People may think Tyson Fury is the number one heavyweight, and it might be easy for him, but he has to take it very seriously because this is history. He’s defending one of the most prestigious belts in heavyweight history, and I wish them both well.”