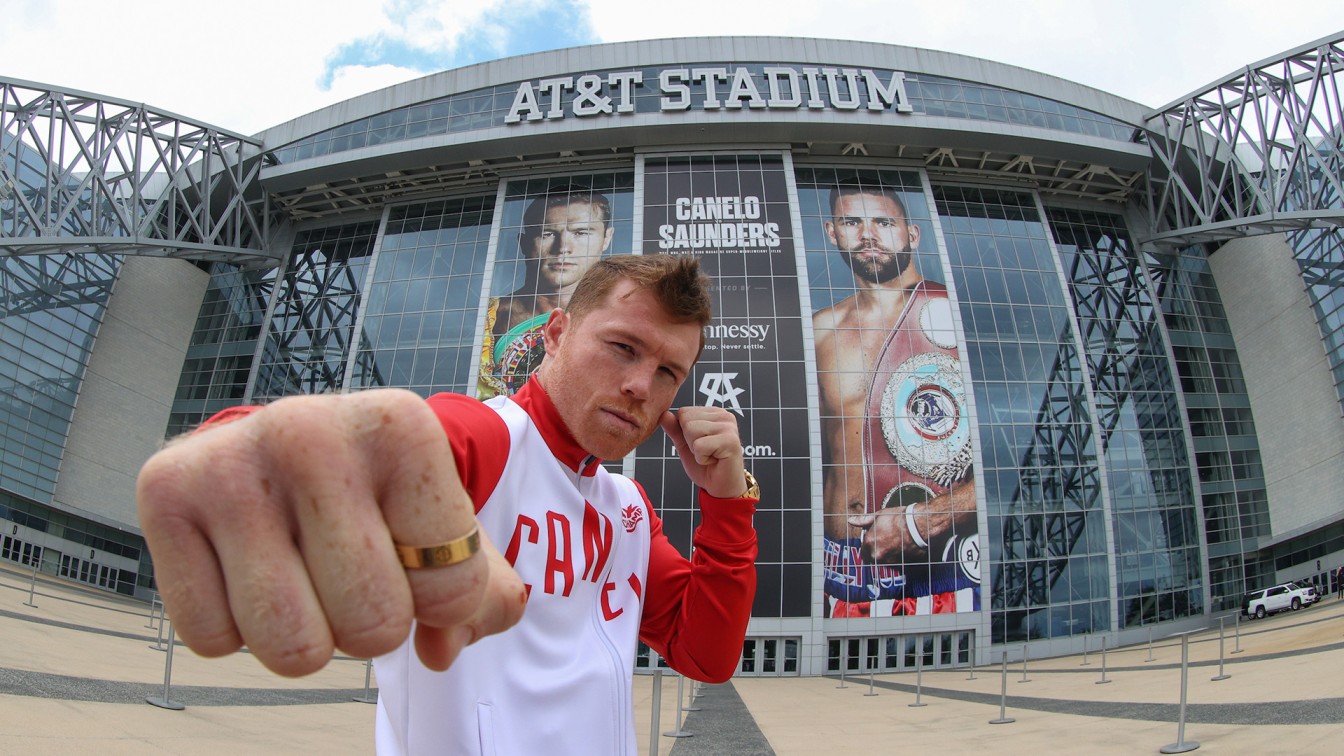 Canelo Alvarez was apparently none too thrilled with Argentine soccer star Lionel Messi’s locker room behavior after Argentina defeated Mexico at the World Cup on Saturday. Canelo argued that , in a video clip of Messi celebrating in the locker room with his teammates after the game, Messi could be seen disrespecting the Mexican flag. “Did you guys see Messi cleaning the floor with our jersey and flag?” Canelo posted on Twitter Sunday. “He better pray to God that I don’t find him,” he said of Messi in another post. “Just like I respect Argentina, he has to respect Mexico! I’m not talking about the country, just about the b——t that Messi did.”

Fresh off his win over arch rival Gennady Golovkin back in September, Canelo has been resting after having his wrist operated on. Apparently Messi’s antics spoiled the boxing great’s vacation. In fairness, the video appears to show Messi absentmindedly pushing aside a garment with his foot while his teammates sing around him. Canelo, however, clearly took the act as a severe sign of disrespect. No doubt Mexico’s loss to Argentina on Saturday had inflamed the emotions of some people. Sports have a way of doing that to fans around the globe, as a quick glance at fan rage on YouTube will clearly prove.

Still, it’s strange having one of the top athletes on earth go after another top athlete in such a way. Although Messi may not be widely known in the United States, due to America’s traditional indifference to soccer, there’s no denying that Messi is certainly well known. With that being said, it’s doubtful Messi has much to worry about as far as personal safety is concerned. Canelo is known to behave in a professional manner, though he did take a shot at Caleb Plant before their super middleweight battle last year.

Truth be told, however, this move does seem out of character for Canelo. Although he may be boxing’s biggest star, the Mexican legend certainly doesn’t have boxing’s biggest mouth. That honor probably goes to heavyweight kingpin Tyson Fury, though there’s other big talkers out there, as well. With all that in mind, it appears Canelo may well be fighting again in the spring, provided he continues to heal well after his operation. Just don’t expect him to get in the ring with Messi. Novelty fights just aren’t Canelo’s thing. Plus he’ll have plenty of time to cool down between now and then.