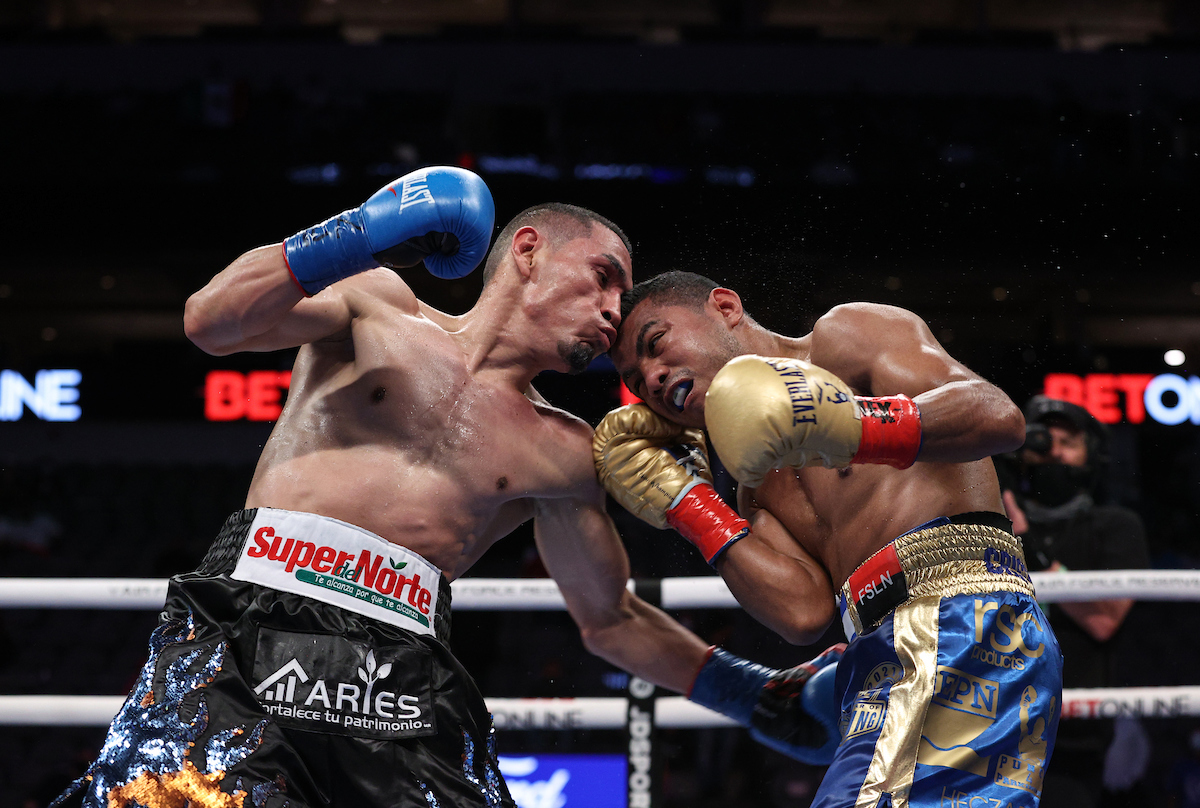 Although some may be critical, WBC and lineal heavyweight champion of the world Tyson Fury is at least keeping busy. After pretty much knocking Dillian Whyte senseless last spring, the towering Englishman made an awkward attempt to face fellow Brit Anthony Joshua in what would have clearly been a superfight. Negotiations fell through, however and, since IBF, WBA and WBO heavyweight titlist Oleksandr Usyk won’t be available until next year, Fury decided to face Derek Chisora before 2022 became a memory. And, while it’s true he’s beaten Chisora twice already and it doesn’t look like Chisora has a chance of changing things up this time around, it’s also true that Fury is one of the few top tier fighters in the sport who will have fought twice this year – if at all.

With all that being said, there really is no reason for Fury-Chisora 3 to go down this weekend other than to keep Fury active and to allow the veteran Chisora another crack at glory. Chisora’s chances are seen at this point as being beyond slim. Should the man somehow pull off the upset this weekend in Great Britain, lots of people, this author included, will have to eat some humble pie – because very few individuals out there give Chisora much of a chance against Fury.

Yet there is another trilogy match going down this weekend, one which will transpire on the other side of the world. For Juan Francisco Estrada will be taking on Roman “Chocolatito” Gonzalez for the WBC’s vacant junior bantamweight title in Glendale, Arizona. This third battle between the two men will cap off a rivalry that’s now lasted around a decade. Gonzalez won the initial match in 2012, while Estrada was able to win – albeit somewhat controversially – their rematch last year. Suffice to say, this weekends’ third bout is one well worth looking forward to.

Chocolatito is one of the most highly regarded fighters on the planet. Not only was he at one time regarded by some as being the single best boxer on earth, he has returned from a pair of crushing defeats over five years ago to prove once more that a supposedly washed up fighter can indeed come back in grand fashion. Estrada, on the other hand, has had a stellar career of his own, defeating not only Gonzalez, but also such luminaries as Carlos Cuadras, and Srisaket Sor Rungvisai.

Without question, Gonzlez-Estrada 3 is the must see fight of the week.