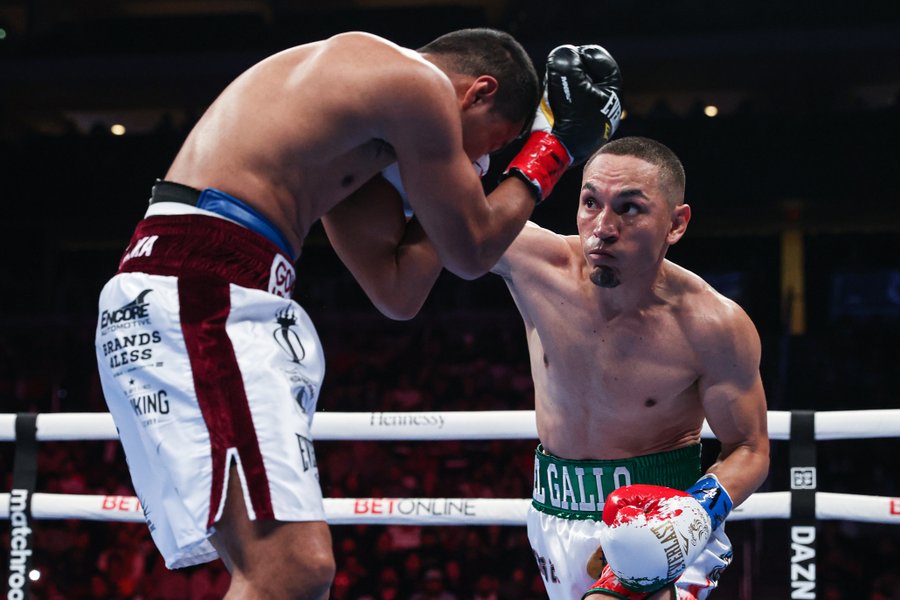 Juan Francisco Estrada battled for the WBC super flyweight title on Saturday night in Glendale, Arizona by taking on the legendary Roman “Chocolatito” Gonzalez for the third time. The first fight between the two men, which had gone down back in 2012, saw Gonzalez emerge with the victory. The opposite happened when the two men met again in 2021. Now the fight world would learn who would be able to take the best of three between these two magnificent fighters.

The 51-3 Gonzalez tried positioning himself to land well in the first while the 43-3 Estrada worked to control the geography. Estrada started to land in the second while Gonzalez had yet to truly pull the trigger. Surprisingly, the crowd began to boo. Estrada fought well behind the jab in the third, but Gonzalez finally started to put his punches together. The round ended in grand fashion, with Estrada looking hurt, but battling gamely. The fourth was an interesting affair. Gonzalez landed well, but Estrada was the more active of the two fighters, rocking his man at the very end of the round.

By the fifth it had become obvious that, while Gonzalez was certainly having his moments, Estrada wasn’t allowing him to have too many of them. The Mexican great’s control of the range was telling the tale of the fight. The sixth saw Gonzalez continue to push forward, but again, he was unable to consistently do good work against the more active Estrada, who didn’t seem to be slowing down. Chocolatito landed well in the seventh, but he didn’t seem to have the ability to break an opponent down anymore.

In the eighth, however, Gonzalez finally seemed to be getting to his man, pursuing well and landing well on Estrada. The ninth was a very tough round to call. Estrada threw and landed more, but Gonzalez was clearly the harder, more damaging puncher. The tenth was a blur, with each man plugging away in order to assert himself. Estrada may have edged the eleventh through power punching and activity, but it was VERY hard to say. The twelfth and final round was a blistering affair with Estrada firing away furiously while Chocolatito made it hurt. Estrada ended up winning by majority decision with scores of 114-114, 116-112, 115-113.

“If he wants the fourth fight, I think we can do it,” Estrada said afterward in the post fight interview.

Tyson Fury On Demetrius Andrade: “He’s The Most Avoided Man In All Of Boxing Today”
Bunce Diary: If you want a boxing tag team, look no further than Alexander, Samuels, Brodie and Swain
BN Preview: Emanuel Navarette begins his super-featherweight journey against Liam Wilson
Predictions: Serrano vs Cruz, Baumgardner vs Mekhaled
Ring Masters Championships: The Road To The Garden 2023