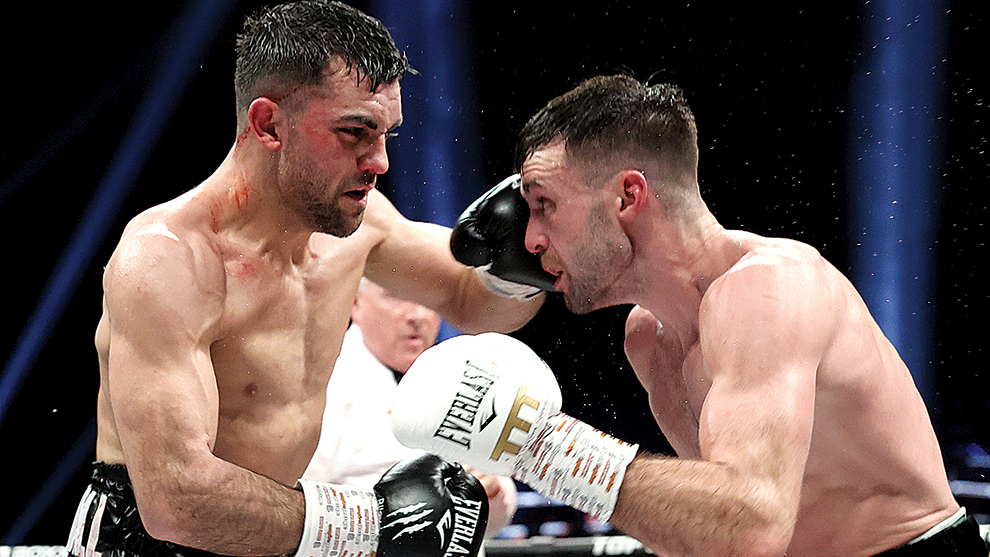 I would like to see Leigh Wood vs. Mick Conlan II in 2023. Their first fight was one of the best fights I have watched in a long time! I might be biased as a featherweight, but that’s the fight I would like to see again. Gervonta Davis and Shakur Stevenson are two of my favourite American fighters, so watching them fight each other at 135 or 140 pounds would be another good one.

The two fights I’d like to see happen between UK fighters is the rematch between Jack Catterall and Josh Taylor and also Tyson Fury vs. Anthony Joshua. If that one doesn’t happen next year, I can’t see it ever happening.

Ideally, Terence Crawford and Errol Spence can finally get in there and settle the rivalry. They are two elite-level fighters and it should make for a great fight.

Next year I’d like to see Errol Spence and Terence Crawford finally meeting at welterweight. That’s an obvious one and one we all want to see. I’d also like to see “Canelo” Alvarez fight David Benavidez at super-middleweight.

“Ring Masters Championships: Road to the Garden” Tournament Day 2 at the Boys & Girls Club of New Rochelle
Navarrete wins back-and-forth slugfest vs. Wilson
Editor’s Letter: Yarde’s performance against Beterbiev demonstrated not only his quality but the importance of experience
Sources: K. Davis to face Tagoe April 8 in Newark
Panel: Who should Artur Beterbiev and Anthony Yarde fight next?