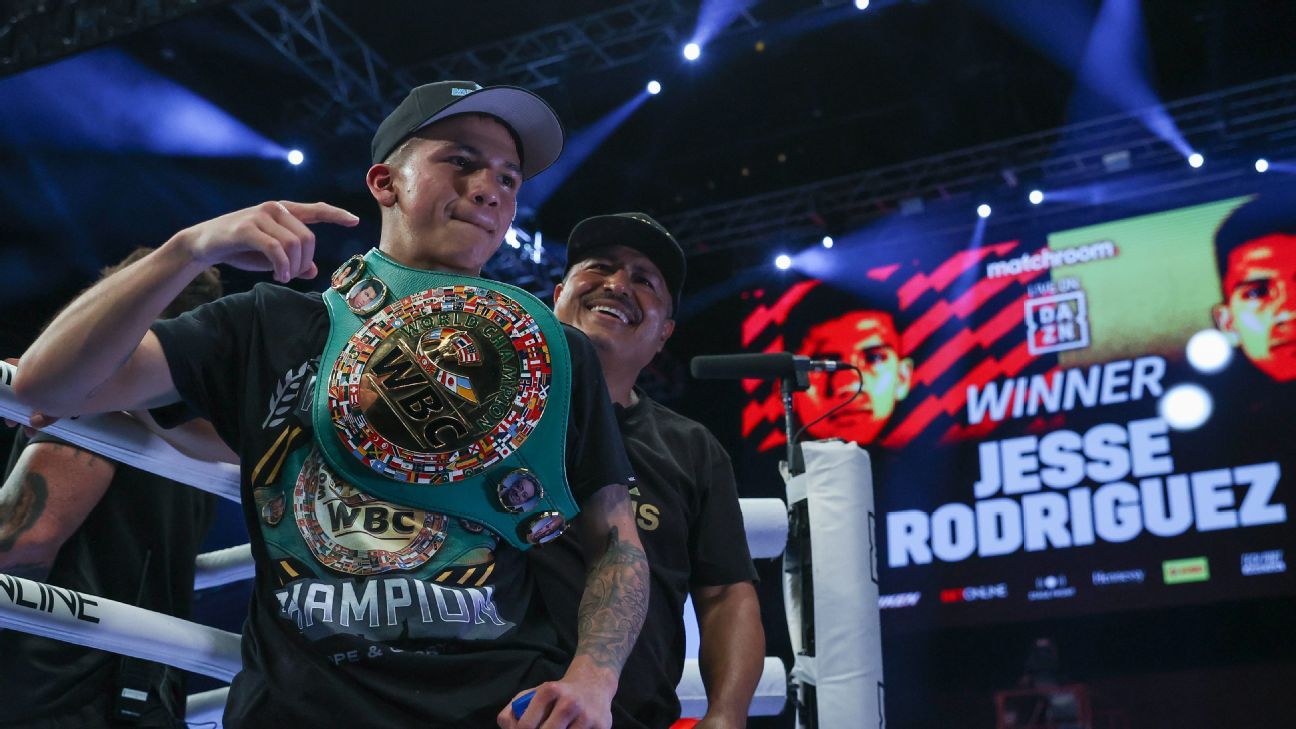 Rodriguez is ESPN’s No. 3 boxer at 115 pounds but revealed plans to move down one weight class following his September victory over Israel Gonzalez.

At 112 pounds, Rodriguez will chase his first full-fledged world title. He was the WBC titleholder at 115 pounds after Juan Francisco Estrada, the organization’s longtime champion, was bestowed franchise champion status.

Now, Rodriguez (17-0, 11 KOs) will set up shop in a familiar weight class when he takes on Cristian Gonzalez, who has lost only once but has never competed outside his native Mexico.

Rodriguez, 22, who is from San Antonio, broke out last year in a big way. He began his 2022 campaign with a decision victory over former champion Carlos Cuadras in February.

He followed up with an even more impressive victory, an eight-round TKO of longtime former champion Srisaket Sor Rungvisai. Rungvisai owns wins over future Hall of Famers Roman “Chocolatito” Gonzalez and Estrada, and Rodriguez was able to pick him apart in a star-making performance.

After that victory, Rodriguez signed a long-term extension with promoter Eddie Hearn of Matchroom Boxing and returned with a decision win over Israel Gonzalez on the Canelo Alvarez-Gennadiy Golovkin 3 undercard.

Hearn hoped to match Rodriguez with Estrada and perhaps Chocolatito in 2023, but those plans are on hold for now while he campaigns at 112 pounds. (Rodriguez’s brother, Joshua Franco, retained his 115-pound title following a draw with Kazuto Ioka on Dec. 31.)