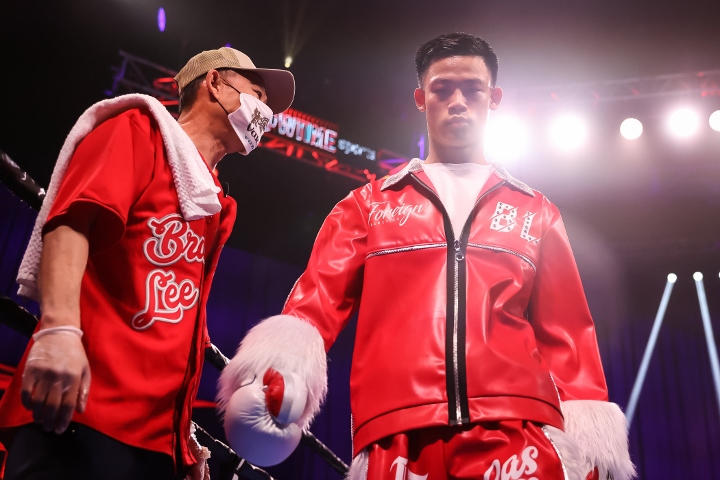 A glittery lineup of rising young stars will highlight a three-bout streaming presentation on the SHOWTIME SPORTS YouTube channel and SHOWTIME Boxing Facebook page taking place this Saturday, January 7 in a Premier Boxing Champions event from Capital One Arena in Washington, D.C.

Tickets for the live event, which is promoted by GTD Promotions and TGB Promotions, are on sale now and can be purchased online at ticketmaster.com and capitalonearena.com.

The non-televised undercard will be highlighted by Washington D.C. fan-favorites and top talent from the DMV-area and its surrounding sections, including the return of the Peterson brothers. Former two-division champion Lamont Peterson takes on Michael Ogundo in a six-round super lightweight fight, while his brother and once-beaten contender Anthony Peterson steps in to face Raul Chirino in a six-round super lightweight tilt.

Plus, Gervonta Davis-stablemate and once-beaten lightweight prospect Mia Ellis will step into the ring against New Hampshire’s Karen Dulin in a four-round attraction.

Representing Roseland, N.J., Mielnicki (13-1, 8 KOs) returns to the ring after completing 10 rounds for the first time in his career when he defeated Limberth Ponce via unanimous decision in October. The victory gave the 20-year-old his third triumph of 2022, after a unanimous decision over Dan Karpency in April and a stoppage of Jimmy Williams in July. Mielnicki first turned heads during his exceptional amateur career where he compiled a 147-22 record and was named the Most Outstanding Boxer of the 2011 Junior National Golden Gloves, amongst many accolades before turning pro. He takes on the 32-year-old Rosales (9-1-1, 5 KOs), who turned pro in August 2020, winning his first nine fights. A native of Mexico, he now fights out of Houston, Texas.

La Quinta, California’s Lee (26-0, 22 KOs) has stopped 15 of his last 17 opponents and is one of the sport’s most fearsome punchers. The 23-year-old has shown his boxing acumen in winning a pair of 10-round decisions in his last two fights, besting Zachary Ochoa in April and Will Madera in August. Trained by his father Bobby, Lee was also an accomplished amateur, going an estimated 195 amateur fights with only five losses and capturing gold at the prestigious 2015 U.S. Junior National Championships at 145 pounds. He will be opposed by the Cordoba, Argentina native Luque (21-10-2, 10 KOs), who took 140-pound contender Jack Catterall the distance in a 2016 bout.

At just 22-years-old, Marshall (5-0, 4 KOs) has quickly shown the skill, power and poise to become a highly regarded prospect in just six fights. Born in Landover, Md., and now fighting out of Capitol Heights, Md., Marshall will fight near his hometown for the first time as a pro on January 7. He added two knockout wins in 2022, stopping Timothy Parks in March before blasting out Marcus Washington in June. He will face West (7-2-1, 4 KOs), who fights for the first time since scoring two victories in 2021. West brings experience fighting on bigger events, as he lost to Kenny Robles on a Davis undercard in 2019 and dropped a televised bout against Joey Spencer in August 2020.